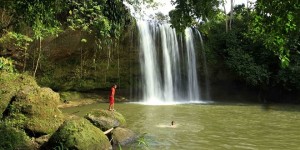 Inhabitants of the Manga del Cura sector will decide its belonging through a referendum. (Source: Wikipedia).

The inhabitants of the Manga del Cura sector will decide through a referendum its belonging to the province of Guayas or the province of Manabi, whose prefects Jimmy Jairala and Mariano Zambrano, respectively, dispute this territory.

Since provincial authorities failed to agree on the setting of limits, requests for resolution to the Presidency were made. “We will insist on the idea of the Prefecture of Guayas to condcut a referendum or to respect the result of the sectors,” said Jairala.