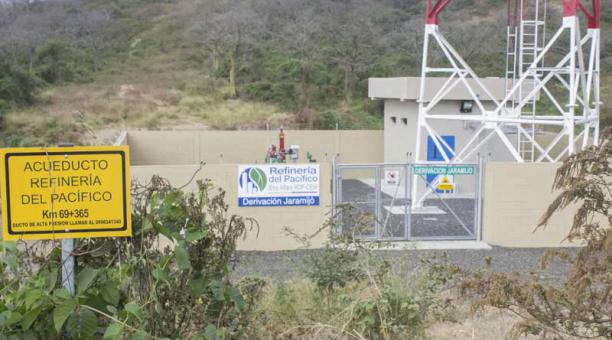 The term that has been imposed by the Government to decide whether to build the Pacific Refinery is in mid-2018. The goal is to build it in three years. But first two hurdles must be overcome, according to the Minister of Hydrocarbons, Carlos Pérez. The first is the lack of Bilateral Investment Treaties (BITs). In May 2017, the previous Government terminated 17 BITs.

The renewal of these agreements is a recurring request among investors. The subject arose in the tour that the Minister of Foreign Trade, Pablo Campana, made in October. Also, it is a requirement of those interested in the Pacific Refinery, confirmed the Minister of Hydrocarbons. The second issue is subsidies. In the country, derivatives are sold below their real price. To cover the difference, this year the Treasury will allocate USD 1,798 million. Perez said that the government’s message is that, even if subsidies are maintained, investors will be paid the international market price.

The construction of the Pacific Refinery could cost at least a third of the price initially indicated. Instead of the USD 15 billion, as proposed by the previous government, this complex will require an investment of between USD 5 billion and 8 billion.

The new calculation arose after a trip that Perez made to China, where he visited potential investors and refiners. The new estimated amount does not include changes in the original project. The Government is looking for companies interested in building a refining plant with capacity to produce 300,000 barrels of oil per day. Within this search, Perez visited a refinery two weeks ago in Nanning, in southern China.

This plant has the same characteristics as the Ecuadorian project. It was built by the state company of that country CNPC and its construction demanded USD 5 billion. CNPC, in fact, showed its interest to invest in the Pacific Refinery tied to the participation in the exploitation of oil fields: blocks 58, 59 and 43.

To build this complex, the Chinese state company will request financing from the ICBC bank. But this is not the only proposal put forward. According to the Ministry of Hydrocarbons, a company from Russia, two from the United States, one from England and one from Korea are also interested. In total, there are more than 20 requests that are under analysis. The offers range between USD 5 billion and 8 billion. The amount includes an item for the licenses that are required to operate the equipment of this complex.

The licenses of the Pacific Refinery, acquired by the previous government, “most likely” will not be used, because investors have these tools. Including the licenses, in this project, the investment amounts to USD 1 528 million, according to the August Petroleum Report. Despite this disbursed amount, the current authorities consider that there is no significant infrastructure in place. “There is not much more than a level land, the aqueduct and some offices,” Perez said.

This reality, in turn, has raised concerns among investors, because they point out that USD 1 500 million have not been allocated there. To know the real cost, the United Nations (UN) will audit this project and four more. Before reaching agreements with investors, expert Edmundo Brown believes that the project should be redesigned and a proposal that guarantees quality refining processes should be studied. The cost is secondary. (I)