Refinery and Monteverde are offered to 21 firms 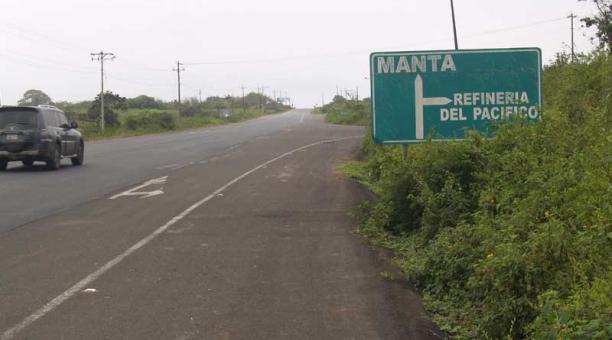 Ecuador will take advantage, this week, of the presence of 21 businessmen from abroad to present two projects in the oil sector. The executives who expressed their interest in building the Pacific Refinery, in Manabí, will know details of this industrial plant that started in the previous Government, but did not materialize due to lack of financing.

At the same time, the project will be presented to convert the storage terminal of liquefied petroleum gas from Monteverde into an international center for the collection and distribution of fuels. The previous government invested USD 600 million in this complex, which is currently underutilized. “It uses 12.5% of its capacity”, emphasized Carlos Pérez, Minister of Hydrocarbons.

Therefore, during the two days of the stay this Tuesday and Wednesday the 41 executives who represent these firms will receive information on both complexes. The agenda will be developed in Manabí, Santa Elena and Quito. In the first site, tomorrow a flyover will be made through the Aromo, where the refining plant will be built and then they will be mobilized, by the same route, to the south so that investors know the Monteverde project, located in the Santa Elena peninsula .

The purpose is that the managers of these firms are motivated to invest in Monteverde. The objective, according to Pérez, is to demonstrate that these facilities are located in a strategic site on the south Pacific coast from which crude oil and derivatives can be stored and distributed (gasoline, diesel and other products). Studies on the demand for this service will be borne by the private company. Monteverde has cryogenic spheres, pipelines, a pier and other facilities. After the flyby the executives will receive technical and legal information about the refinery in Manta. Meetings will also be held on Wednesday in Quito.

The managers represent 21 companies from the USA, South Korea, Russia and other countries. The Government has emphasized that it is a restructured project. For this industrial plant, Venezuelan crude oil will not be considered, as initially stated. Even PDVSA’s participation in this project is under analysis, because, according to the Government, it has not contributed economically, as expected, for its execution.

The new complex will process heavy crude that will come mainly from block 43 Ishpingo, Tambococha and Tiputini (ITT) and the other fields as the oil committed to China and Thailand is released. The Government anticipates that by the time the Refinery operates, the ITT will have reached a production of over 220,000 barrels of oil per day. In the resizing of this refining complex, the petrochemical plant was also excluded. With this, apart from the derivatives, only urea and sulfur will be produced.

Another change is in the price. Pérez announced that he will present a referential value of USD 5 billion; that is, one third of what was planned by the previous Government. “The adjustments have an impact on the cost, but they do not justify the USD 15 billion that was raised before,” said the Minister of Hydrocarbons.

In addition, the future of works and purchases made by the previous Regime for this work is under analysis. For the complex that will be built in the Aromo, the removal of land was carried out, an aqueduct was built and licenses were acquired. This amounts to USD 1 500 million. For Fernando Santos, former Minister of Energy, it is difficult for the interested companies to recognize the investment made by the previous Government in the Aromo.

In this type of projects, it is necessary to have an international audit of an authorized firm that guarantees the destination of these economic resources. But, this was not done. The Ministry of Hydrocarbons, on its initiative, signed an agreement in 2017 with the United Nations to evaluate this project and another four, but this is a different process, Santos said. Edmundo Brown, ex-manager of Petroindustrial, pointed out that apart from building the Pacific Refinery, it is necessary to build a port, have an oil pipeline to transport the crude oil and a pipeline to take the derivatives to different destinations.

Therefore, both specialists agree that all the existing challenges must be considered before deciding to continue with the project.

The Government has planned that, after the meeting this week, the companies that have interest to continue in this process present their offers. The deadline for this procedure will be two months maximum.

Then it will be reviewed that the proposals comply with the requirements, comply with the technical and financial conditions. The goal is to sign the contract on May 24 under the Build-Operate-Transfer (BOT) modality.

The construction of the work has a term of three years. Unlike the initial project, the private company will assume the operation of the infrastructure until the investment made within a period of 20 years is recovered. Afterwards, the work will be transferred to the State. (I)