Reforms to the Labour Code were discussed in Cuenca 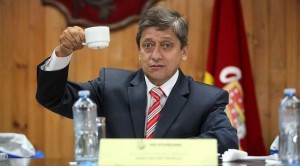 A workshop was held yesterday on reforms to the Labour Code, which was attended by consultants, lawyers, HR managers and workers from different branches.

The event was organized by the Ministry of Labour and the main concerns of the participants focused on affiliate insurance for housewives, elimination of fixed-term contracts, profits and wage gaps.

Among the approaches it was suggested that the duration of the probationary contract is extended and to better define the affiliation for housewives.

The Minister Carlos Marx Carrasco attended to the workshop and presented each of the reforms proposed by the Government. He said that the proposals that are collected from different sectors will be analyzed and the Ministry will serve as a liaison with the Commission on Rights of Workers of the National Assembly.