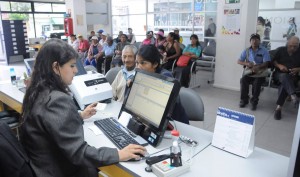 Until Monday about 60 people in Guayaquil and Duran and 9 in Quito, who will be the first beneficiaries of the Human Development Bond (BDH) that grants induction cookers with no cost, the same that has been offered by the Government in exchange of gas stoves and gas, enrolled, reported the Ministry of Economic and Social Inclusion (MIES).

Tania Gonzalez, zonal coordinator of MIES, noted that the requirements to access the kitchens are the identity card and an utilities bill (optional). Yesterday, an average of 15 applications coming from each of the three district offices were received at the MIES headquarters, located in northern Guayaquil.

Moreover, there are users and beneficiaries of the bonus who came to the Guayaquil CNEL Business Unit office (electricity company) and noted that the quality of the Chinese cookers concern them, so some prefer to buy induction cookers manufactured locally and not deliver their gas stoves and tanks.

For those who are not beneficiaries of the BDH and want to buy the induction cookers that comes from China, these will cost $ 200 and $ 300 with an oven included. These can be paid with a government credit up to six years, and will be charged through the electricity bill. After purchasing the kitchen, the data are entered into the system, and electricity companies install the 220-volt meter. (I)