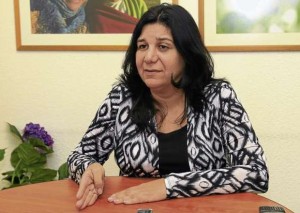 The family of former President Jaime Roldós Aguilera said they expect that the Attorney General of the State “requires” to the Ministry of Defence, as part of a new research, the delivery of the files on the custody of the remains of the airplane in which the former president died in 1981, or to clarify what happened to them.

Martha Roldós Bucaram, daughter of the former President , said that the Attorney General Galo Chiriboga “should admonish,” “he must require” to the Defense to conduct a “transparent investigation” into the death of her parents.

Jaime Roldós, his wife Martha Bucaram and seven companions, died on May 24, 1981 in a plane crash.

On Wednesday, Chiriboga told the National Assembly that there is a presumption that the failure was the result of an extrajudicial execution, and is expected to clarify whether the incidents were related to the Condor Plan.

Martha Roldós Bucaram added that in 2014, as part of the new investigation, prosecutors have asked the Ministry to deliver the files on the process, butthey said they had no records.

León Roldós Aguilera, brother of the late president, agreed with his niece and added that “Documents, events and recordings of the Air Force and the Ministry itself, as well as meetings of the National Security Council of that time” should be requested. In a public letter, he further concluded: “If they are gone, it should be known.”

CONAIE announced it will not leave its headquerters despite eviction

Surveys on indefinite reelection would have been ill-conceived, according to Assemblyman Cassinelli