Renewal of the Court culminated with critics and complaints 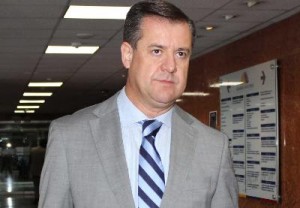 Several people, including Assemblyman CREO, Andrés Páez, showed their dissatisfaction by the partial renewal of the National Court of Justice.

“It is quite remarkable the high score of Judge Carlos Ramirez, without having dispatched a single judgement, having 13 advisers in his office and appointing a systems engineer as a librarian,” Paez said yesterday in an interview.

Ramirez is the President of the Court. According to the Judicial Council, he got 99.10 points out of 100. The Tenths he lost correspond to the qualitative assessment of his work.

Judge Johnny Ayluardo will be replaced and exposed his displeasure on the assesment process. On his Facebook page he said that by being assigned such a low rating, his judgements were intended to discredited. “Find out whom I have affected with my decisions,” he said.

Ayluardo and the other three judges who got low scores will be officially replaced on Monday 26th.