Almost seven hours after taking office, President Guillermo Lasso repealed, today, May 24, by decree, the regulations of the Communication Law (LOC) and, in addition, will send a new proposal of regulations to the Assembly for approval. The idea is to take the “positive” of the LOC and repower it. 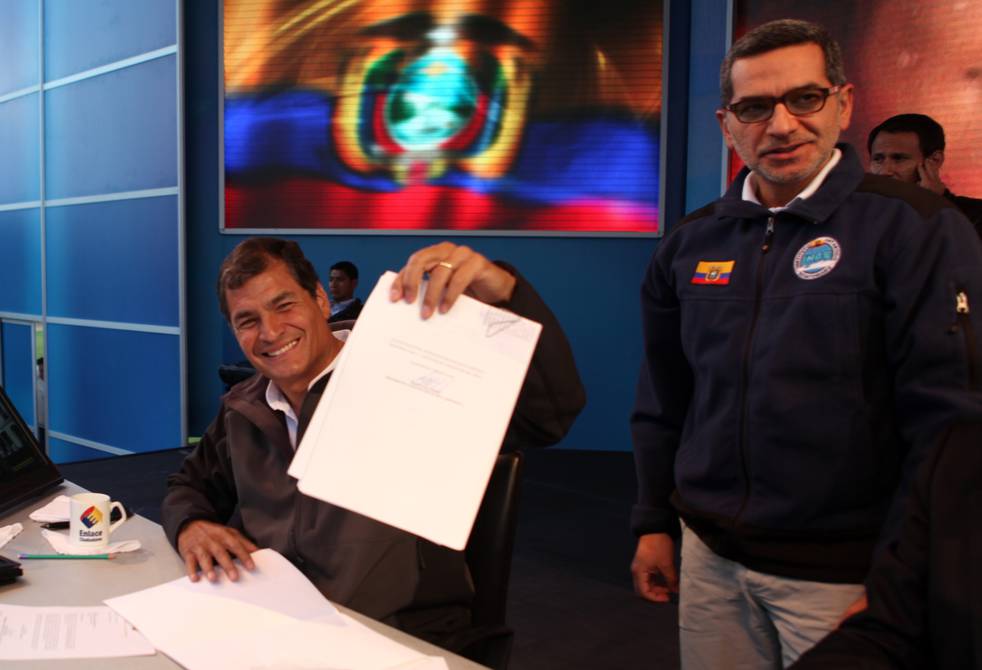 “ Back in 2013, a law was passed, the gag law. In the next few hours we will send the Assembly a bill on Freedom of Expression and Communication and that the current one be repealed. I hope that the Assembly will process it urgently… ”, said Lasso from the Carondelet Palace.

The LOC, although softened and partially deactivated in the Lenín Moreno government, has remained in force since former President Rafael Correa promulgated it in 2013. On Saturday, Correa defended the legal body arguing that “media power like all power needs social regulation and that it is done through the laws. Criticism is not sanctioned either by law or by the Government. Lies, infamy, slander are sanctioned ”.

From its approval until 2017, through the Superintendency of Communication (now eliminated), there were at least 370 cases of sanctions against the media, journalists, cartoonists and columnists, according to data from the Fundamedios organization.

“The Communication Law was created to corner and harass the media and journalists. Being a symbol, a sophisticated tool to damage the freedom of expression of the authoritarian and populist government of (Rafael) Correa, we understand that by repealing this law the president-elect wants to give the message of supporting respect for freedoms and a recognition that this The law has been harmful to the work of the press, ”says César Ricaurte, director of Fundamedios.

He assures that the initiative to repeal the LOC is “good”. Diego Cazar, a founding member of the Periodistas sin Cadenas foundation, agrees with this. He adds that the regulation has not been beneficial for the journalistic sector, although it has been softened by Moreno.

“ A rule of these connotations violates freedom of expression and, in addition, it ignores from every point of view the parameters that are established at a global level for the exercise of freedoms and rights. Freedom of expression cannot be restricted by law ”, he points out.

It indicates that what was done with the LOC in the Moreno government was only “mere speech” that did not have positive effects in practice: “Although journalists were not persecuted, journalists were not detained or media were closed, there were an almost absolute silencing of public information (a practice that was also carried out by Correísmo). The refusal to declassify the information on the death of the journalists from  El Comercio , which was announced seven times by Moreno in the name of freedom of expression, sets a far from positive precedent ”.

The LOC in these last two periods became a kind of “discursive and demagogic platform” differentiated by the styles and forms of the leaders on duty , adds Cazar. He warns that for now it is not seen that Lasso has convened civil society to debate in a more in-depth manner the issue of rights and freedoms.

For Sauro Cisneros, president of the National Union of Journalists in Guayas, the repeal of the norm is positive,  since certain parties “tied up” freedom of expression and investigation in a country that is “full of corruption”  and affirms that as a union they always opposed the persecution of journalists: “What is wrong must be changed.”