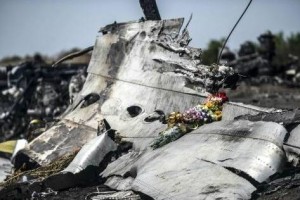 The preliminary report from the Dutch Safety Board, released this Tuesday, has revealed that the downing of Malaysia Airlines flight MH17 was probably due to the impact of several “objects of great power from outside the ship” that destroyed the plane.

The agency declined to say that the Boeing 777 was shot down by a surface-to-air missile, or who might be the responsible for the event, however, their findings seem to point to that conclusion.

“The damage observed in the front of the ship seems to indicate that the aircraft was penetrated by a large number of high-energy objects from outside the aircraft,” the report says.

Christopher Yates, aviation security specialist from Yates Consulting, told The Associated Press that “it just might be a missile of a type that reached the altitude at which the plane would be shot down, potentially a BUK missile.”

The Boeing 777 fell down on 17 July in rebel-held territory in eastern Ukraine, which caused the death of all the 298 passengers and crew aboard.