Requests to increase the fishing quota of three countries were declined 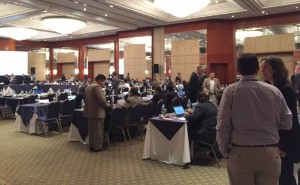 During the third day of the 89th Convention of the Inter-American Tropical Tuna Commission (IATTC), the main topic to be discussed was the increase in the fishing quota requested by three countries.

The IATTC groups and represents 20 countries and the block of the European Union (EU), that conduct their fishing operations in the eastern Pacific Ocean, in which Ecuador leads with number of boats and catches.

Peru, Guatamala and Colombbia requested to the IATTC the increase in their quota, which also involves the increase of their fleets. According to figures provided by Guillermo Moran, president of Ecuador IATTC, the country has an average tuna catch of around 220,000 tonnes a year.

He added that in the region around 450,000 tonnes a year are caught, so Ecuador withholdeth the 44% of the total in the eastern Pacific. It also has 109 of the 250 vessels operating in the region.

Imported cattle will soon be delivered to breeders