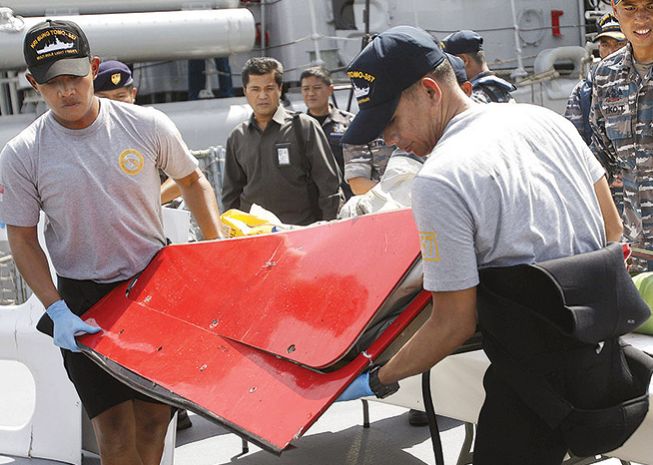 Rescue workers found this Wednesday the tail of the AirAsia plane at the bottom of the Java Sea, where the air transport crashed last December 28 with 162 people on board, officials said.

The spokesman for the National Search and Rescue Agency (Basarnas), Bambang Soelistyo, confirmed that divers identified the tail of Boeing 320-200 of the QZ8510 flight.

“Today we discovered that part of the plane that was our main goal since yesterday,” said Henry Bambang Soelistyo, Head of Search and Rescue Agency of Indonesia. “I can assure that is a part of the tail with the AirAsia logo.”

The finding is particularly important because significant black boxes, devices that record the cockpit voice and flight data recorded, are located in that part of the plane.

Rescue workers continue to search of the remains of the crashed plane that can help clarify what happened the day of the accident.

So far 40 bodies have been found, including one more announced on Wednesday, of which 13 have been identified according to the television Channel News Asia.