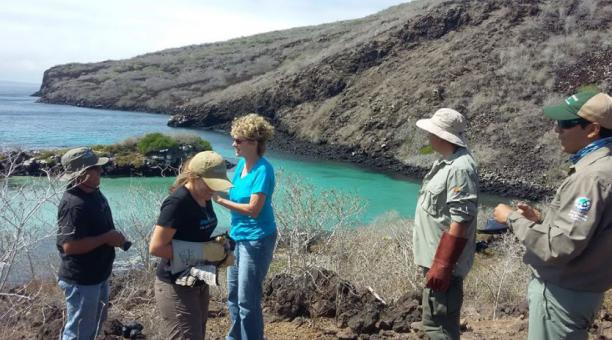 Pinzón Island has obtained results with the application of the Pinzón project. It is possible that there is a finding of a new species of endemic snail and the reproduction and survival of terrestrial turtles in their natural state.

The project was executed since 2012 by the Directorate of the Galapagos National Park, with the support of Island Conservation and The Raptor Center, as published by the Galapagos National Park on its web portal. Before the project, the eggs of the finch turtles of the species Chelonoidis ephippium could not hatch and the hatchlings did not survive due to the presence of the black rat, which was eliminated thanks to the application of a specific control product for rodents, with systematic coverage on Pinzon Island of 1 789 hectares, located west of Santa Cruz. Walter Bustos, director of the park, explains that in 2014 the turtles were repatriated to the island and “a year later it was seen that they had left eggs”.

But now it has been proven that turtles were born from a natural reproduction process.  The eggs found in 2015 could be part of the fertilization of the breeding centers, says Bustos. So these would be the first turtles that are born naturally in more than 100 years.

In addition to the turtles, the presence of the black rat on Pinzón Island caused the decline of species such as the Galápagos pigeon, lizards and snakes. For years, giant turtles could not be born in the sector, since rodents ate their eggs. Before the ‘very high’ population of black rats that affected native and endemic species, in December 2012.

After five years of studies on toxicity, experts dispersed from a helicopter, a poison throughout the island, explained to EFE Danny Rueda, director of Ecosystems of the direction of the Galapagos National Park (Previous studies warned of a medium / high risk for Pinzón’s sparrowhawk because it could eat the dead rats, an inconvenience that they solved capturing the twelve they found, to keep them, for three years, in the neighboring island Santa Cruz, before returning them to its natural habitat. 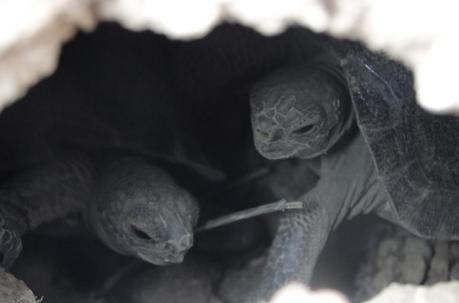 Along with the 12 hawks of Pinzón, another 41 were captured, who had arrived from other lares and those who remained on that same island until their release. When they released, with trackers, the 12 hawks returned from Santa Cruz, they verified that they returned ‘exactly to the place where they were captured’ and now they are in a reproduction process and in a normal ecological performance, notes Rueda before talking about other great achievements. “In December 2015, in an ecological monitoring we were able to detect for the first time, after more than one hundred years, baby turtles born in their natural state,” Rueda said.

Experts are unaware of the number of rats that died because the second-generation poison used , does not cause instantaneous death, reason why it presumes that the majority of rodents perished in their burrows, while the smell due to the decomposition of those that died outside was minimal because the anticoagulant used dried them.

The improvement has been evident: there are terrestrial pigeons, lava lizards and Galapagos snakes, he tells when recently, for the first time in eight years of research, a scientist managed to capture in Pinzón 25 snakes and see around fifty, which does not It had never happened, Rueda said. In addition, Dr. Christine Parent, from the University of Idaho, and her technical team found a possible new species of endemic land snail, which is in the process of genetic analysis. For Bustos, the importance of this snail is that it is a native species of Galápagos that was considered extinct. (I)