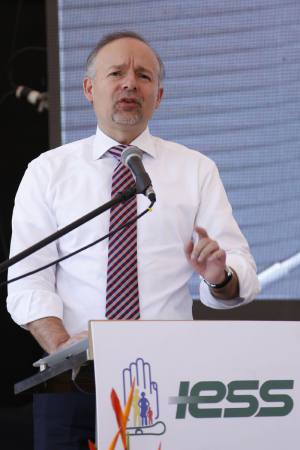 The National Front of Retirees of the IESS (Frenjubiess), presided over by Francisco Ortiz, requested through a letter addressed to deputy Comptroller General Pablo Celi, the ratification of the removal of the president of the Ecuadorian Institute of Social Security, Richard Espinosa, and other 17 officials, who would have participated in the derecognition of the state debt.

The event occurred in September 2016 when $ 2,507 million were erased from the Accounts Receivable to the Government. The National Audit Office has given Espinosa and the other officials 30 days for a final round of discharge.

However, for retirees, Espinosa would not have such justifications. They recalled that Espinosa publicly informed President Rafael Correa that the Government owed nothing to the health system. (I)