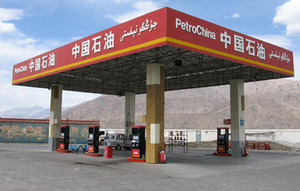 The international news agency Reuters revealed an extensive report on the relationship between China and Ecuador, as it shows how the Asian nation manages the oil exports received from the country.

Reuters showed today that Ecuador “depends heavily on Chinese funds, which should eventually cover 61% of the $ 6,200 million that the funding needed by the government. In return, China could receive up to 90% of Ecuador’s crude exports in the coming years, an unusual deal in the current diversified oil market.”

According to the Reuters report, the Ecuador oil sold to Chinese companies can be resold anywhere in the world. The report also recounts of what is the fate of Ecuadorian oil delivered to China and the management carried out by intermediaries.

Reuters had access to internal schedules shipments of the partnership between Petroecuador and PetroChina Co. Ltd. in order to cooperate in the transfer of oil. Working together they managed around two-thirds of the 33 million barrels that Ecuador exported in the second quarter.

Ecuador improves its participation in the Bolivarian games