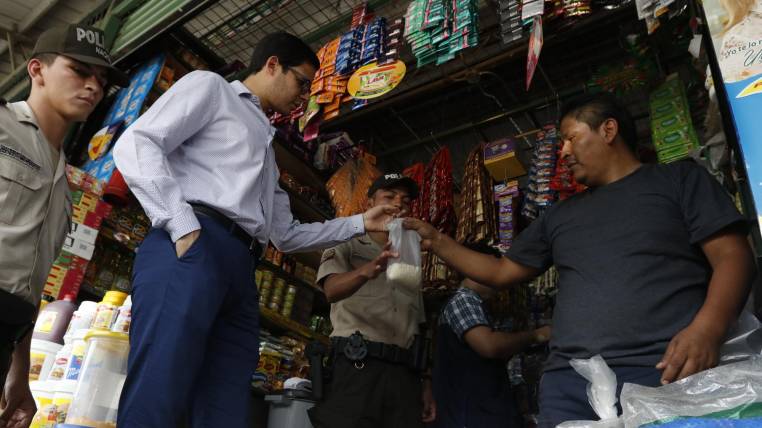 In Guayaquil, the Police Department of Guayas turns on its warnings to prevent an alleged rice made with plastic in China from being marketed in the city.

According to the authority, consumers have denounced the fact in social networks and before the entity.

The controls are taking place everywhere, in Naranjal 10 suspicious sacks have been apprehended, which the authorities will analyze. The process takes two days. This is how Josué Dumani, mayor of Guayas, told newspaper EXPRESO. The supposed arrival of “plastic rice” has been spread on Facebook, mainly, something that the local industry considers “a hoax” similar to what was done in Colombia and Peru.

The guilds of the rice farmers ask for calm, because rice is part of the diet of Ecuadorians, they consume it at lunch and snack. Farmers expect that the actions of the authorities will benefit them and not harm them, in the sense that citizens choose not to consume rice in the face of doubt that can be planted, whether it is the natural or the plastic that is being sold,in Ecuador. The per capita consumption (per person per year) of this cereal is 46 kilos, followed by the potato (21 kilos).

This food contributes 32.8% of daily energy consumption. There are almost 400,000 hectares planted. Controls are made in all markets. Yesterday, the mayor toured the wholesale market in Montebello. There, small samples were taken, for analysis by the Ecuadorian Agency for the Assurance of Agro Quality.

At first glance it is impossible to identify whether rice is natural or plastic. According to Dumani, it is believed that plastic rice arrived from China to Peru and from there it entered through the border. But the Peruvian authorities have denied that this type of product exists in its territory.

In the controls that were carried out yesterday also representatives of the Ministry of Agriculture, Agrocalidad and members of the National Police participated.

The plastic “will never be cooked”

The Ecuadorian Rice Industrialists Corporation (Corpcom) has made clear two things: that the campaign in social networks, where it is said that plastic rice has arrived in Ecuador, is spread by the same person who did it in Colombia a year ago, where it was discovered that it was a hoax.

Second: plastic is not cooked, therefore, it is not made “watery” as housewives say.

And there is a third element, that making plastic rice would cost $ 1.20 per kilo, double what the cereal costs in the market.

The problem, says Corpcom to EXPRESO, is that now the price of rice due to excess supply is low, and this “campaign” on Facebook what it does is that people are alarmed and do not buy.

The ministry should clarify this issue

The vice president of the Board of Irrigation America Lomas (Daule), Julio Carchi, where rice is produced all year, points out that the Ministry of Agriculture should clarify the issue before the public. “Theme that has allowed to believe in social networks, because it does not clarify on time.”

The leader of the producers of Guayas told EXPRESO that he called the minister, Rubén Flores, to ask him to hold a joint press conference to deny the case, who replied that “they were investigating the case.”

“This causes a serious problem to the sector, affected by low prices. In Daule you pay $ 30 per take, a loss greater than $ 5 if the official price is taken into account; the Government must take action on the matter. ” (I)

Campaign for popular consultation starts with tours and ‘reinforcements’