Richard Carapaz arrived in 22nd place and was the best Latin American in the World Cycling Championship; Jualian Alaphilippe was proclaimed champion

The Ecuadorian cyclist Richard Carapaz , once again, rubbed shoulders with the elite of world cycling. 20 kilometers from the finish line, the ‘Locomotora del Carchi’ fought with the peloton and fought inch by inch with the great cyclists in Imola, Italy, this Sunday, September 27. 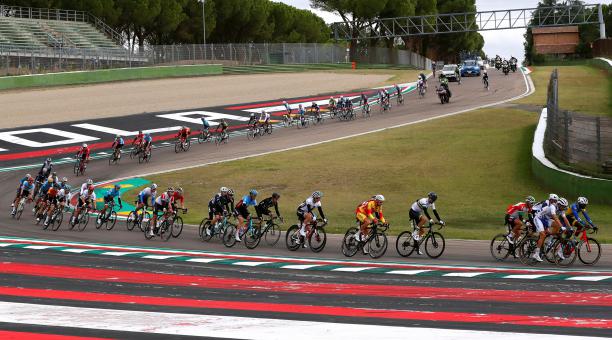 Richard Carapaz arrived in 22nd place and was the best Latin American in the World Cycling Championship; Jualian Alaphilippe was proclaimed champion

The World Cup crowned Frenchman Alaphilippe as champion, who attacked at the last port and accelerated to the finish. After 23 years, France took the world championship.

The test started at 02:45 in Ecuador and covered a total of 258.2 kilometers. The great merit of Carapaz was fighting among the elite after six hours of competition and nine laps of the 28.8 kilometer circuit. The Ecuadorians Jonathan Caicedo, with the number 118, Carapaz with the 119 and Jefferson Cepeda , with the 120, started among the 174 cyclists from 43 different countries.

The Kazakh cyclist Alexei Lutsenko , who tested positive for the coronavirus, could not take the start this Sunday of the Cycling World Cup in Imola (Italy) , an official source reported.

The Kazakh Cycling Federation stated that its rider had tested positive on Friday. “The results of a second test are awaiting, the rest of the runner’s program will depend on them,” said the Kazakh Federation.

Now Carapaz is concentrating to defend his title in the Giro d’Italia that will begin on October 3. There, the Ecuadorian will be one of the main cards of Team Ineos. These days you will have to fulfill your recovery.

Epidemiological week ended with a considerable decrease in infections