Manchester United player, Wayne Rooney renewed his contract with the British team until 2015. 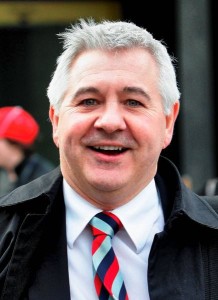 A few days earlier, Rooney had expressed his desire to leave the team. Meanwhile Sir Ferguson said: “This has been a tough week, but the intense press attention is what we expect for the Manchester United,” were his comments on the official team website. “Sometimes when you’re in a team it can be hard to realize how big it is and events like the ones on these week help understand this. I believe Wayne understands now how big the Manchester United is.” Added Ferguson.

The events of the week allowed Rooney to appreciate the team. The front liner of 24 years old arrived to the team when he was 18. On this week Rooney said he was leaving the team before the match with the Red Devils, the club greatest opponent.

After long negotiations between Wayne’s manager, Paul Stretford and the Manchester United, both settled with an agreement.