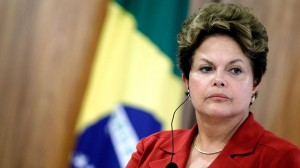 The Brazilian President Dilma Rousseff, will request information from the Federal Police to know if there are members of the government involved in a corruption case revealed by the Former Director of the state oil company Petrobras, Paulo Roberto Costa.

“I requested to the Justice Minister, José Eduardo Cardozo, that claims to the police official information about the alleged implication of any official in the denounced bribery scheme by the Former Director and known through the press,” Rousseff highlighted in an interview to daily O Estado de Sao Paulo.

Brazilian media have pointed out the names of thirty Legislators, three Governors and a Minister who would be involved in a money laundering network, but they do not reveal the source that would allow to substantiate these allegations.

“We can not give to the press the nature it does not have,” said the President when referring to the publication in the magazine Veja and the daily Folha de Sao Paulo about Costa accusations.

According to Veja, to gain access to millionaire contracts with Petrobras, a group of companies commited to transfer part of their profits to an organization for money laundering and these were then divided among politicians and parties of the government coalition.

New sanctions against Russia could threaten international security according to minister