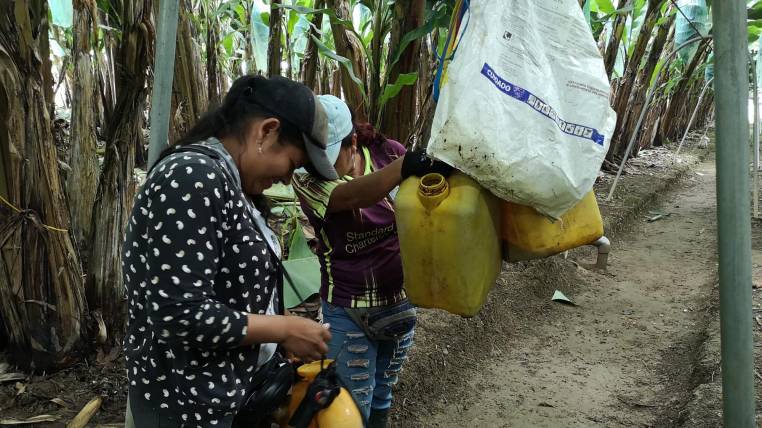 The director of the Rural Dialogue Group, Ney Barrionuevo, talks about the need to promote real participation in economic and managerial activities, in an environment where there are still huge gaps between rural and urban women.

Among rural young men and women, the largest gender gap is observed: 4 times greater than that observed at the national level and 2.6 times greater than among urban young men and women, according to the study carried out by the Gender Observatory: Women and Territories of Rimisp (Latin American Center for Rural Development). The research is based on statistical information from the National Institute of Statistics and Censuses (INEC).

The gender gap is greater in rural youth. Women’s income is 27% lower than men’s and 14% lower than urban young women compared to their male counterparts.

An investigation by the Inter-American Institute for Cooperation on Agriculture (IICA) revealed that a large part of rural women participate in a type of family farming, which is given as an extension of domestic work and is generally unpaid. This is partly due to an underestimation of their work, following the discrimination they have historically had to face.

The truth is that rural women are part of the productive system and contribute both to their homes and to the economy of their region. Therefore, the empowerment and visibility of the initiatives they promote are essential to realize the vision of the Sustainable Development Goals (SDGs).

Without their participation and workforce there is no tomorrow for agriculture. Now, it is the task of the Government, civil society, the food industry and companies in the sector, to get their voice heard and ensure compliance with the commitments of the 2030 Agenda on gender equality.