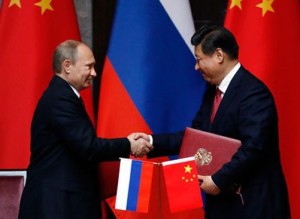 The Russian gas consortium Gazprom and the National Petroleum Corporation of China (CNPC) signed an agreement for the exportation of natural gas to the Asian power from Russia.

After nearly a decade of negotiations between the two powers, the agreement was signed this Wednesday in a ceremony attended by President Putin and his Chinese counterpart, Xi Jinping.

On paper, the agreement indicates that Gazprom will supply 38,000 million cubic meters of natural gas annually to the second largest economy from 2018 and over the next 30 years.

The contract strengthens Russia to diversify its exports to the Asian neighbor at a moment it faces economic sanctions by the U.S. and the European Union for its performance in the Ukrainian crisis.