Russia considers “counterproductive” their expulsion from the G8 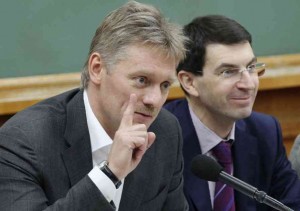 Russia considered this tuesday counterproductive marginalizing it of the G8 by the Crimea crisis.

Dmitry Peskov, spokesman for Russian President Vladimir Putin said that Russia is willing to maintain contacts with the countries of the G8, but believes that the unwillingness of other countries to continue dialogue “is counterproductive for us but also for our partners.”

On Monday, the leaders of the G7, informal group of Western industrialized countries, comprising the United States, Canada, Japan, Germany, Britain, France and Italy, annulled the G8 meeting scheduled for June in Sochi (South of Russia).

This meeting was replaced by a G7 summit in Brussels.

Russia is expelled from the G8

Russia will receive more sanctions from the EU and U.S.