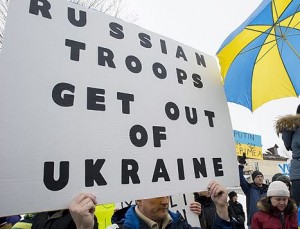 The Ministry of Foreign Affairs of Russia claimed today that the second report on the situation in Ukraine of the Office of the UN High Commissioner for Human Rights lacks objectivity and meets a “political order”.

“We see today on the need to note that the report has little in common with the state of affairs in Ukraine in terms of human rights,” said Russian Foreign Ministry spokesman Alexander Lukashevich.

According to the Russian diplomat, “the total lack of objectivity, the glaring inconsistencies and” “double standards” leave no doubt that the authors (of the report) fulfilled a political order to “whiten ” the self-proclaimed authorities of Kiev”.

The Russian official regretted that the document “indeed justifies the punitive operation in southeastern Ukraine” and try to “place the responsibility for violations of the human rights to ‘pro-Russian forces.'”