BREAKING NEWS
Judge dictates preventive detention against three of the 4 detainees in the Isspol case
Low in oil production in Ecuador makes it difficult to take advantage of the so-called ‘super cycle’ of crude prices
Rafael Correa would be behind the riots in the prisons of Ecuador
‘Jorge Chérrez’s companies owe $ 20 million in interest to Isspol’
Ecuador entered the bid for vaccines against covid-19 since July 2020
With decree 1244, the Government creates Postal Services of Ecuador to replace Correos del Ecuador
The riots in the country’s prisons leave 79 dead
The cost of freight to imports brought from Asia has tripled
Ecuador, the first country in America that together with Europe will fight against the counterfeiting of medical products
Government will allow the importation of vaccines for municipalities and private institutions

Russia will face the economic recession during 2015 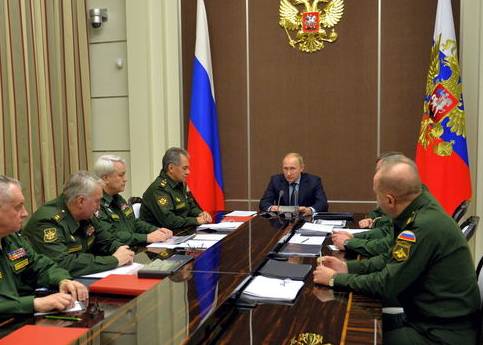 Russia will enter into recession in 2015, weighed down by the economic sanctions imposed by Western countries and the fall of oil prices that stimulate inflation and contributed to the collapse of the ruble, according to the latest official estimates.

One day after the fall of the ruble against the dollar and the euro, the Russian Ministry of Economic Development released its forecasts for 2015, stating that all indicators have been revised downwards.

Its fall was accelerated by the decision of the Organization of Petroleum Exporting Countries (OPEC) of maintaining its level of oil production, despite the abundant offer in the market.

Besides the impact of sanctions imposed by the European Union and the United States against Moscow, which affect the financial heart of Russia, these “will be maintained during 2015,” dragging down the growth, said Deputy Economy Minister Alexei Vedev.

The economy will contract by 0.8%, far from the previous forecast, which predicted a Gross Domestic Product (GDP) growth of 1.2.

For this year, the Ministry shuffles growth of 0.6% versus 0.5% previously expected despite the fact that it is expected to be “zero or even negative” in the last quarter, according to Vedev.

Venezuela is closer to the hyperinflation