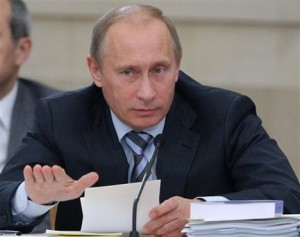 grain exports, it might be extended until next year because production is not certain; this decision had to be made last month due to the severe drought and heat that attacked the harvest.

Government planned to reconsider the ban by the end of the present year, Putin mentioned he thinks that domestic market stability depends on how long grain exports are detained. “I believe that we must make clear that we can examine the cancellation of the ban on grain exports only after next year’s harvest is gathered and there is clarity regarding grain levels, there should be no frantic movement here” said Putin.

Russia has represented a mayor role in the world grain market and the exports banning settlement last month made such a significant impact that the prices went higher. “The country has no choice” claimed Putin.

December 31 was the date when the ban was supposed to stop. Putin hasn’t pronounced the exact amount of time it will last but he indicated that it may be near autumn 2011. 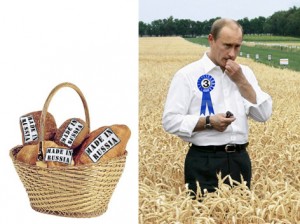 According to analysts, this year harvest will decrease a third. Russia was in the third place among the world’s largest wheat exporters, United States and Canada were on the first and second places.

The Kremlin is concerned about the influence over prices during the 2012 presidential elections, when Putin or President Dmitri A. Medvedev would be candidates.