The picture seems to be clear. The Prosecutor’s Office is unraveling the network of corruption that would have been registered in the Government of former President Rafael Correa with the requirement to the contractor companies of the State to make contributions in exchange for contracts. 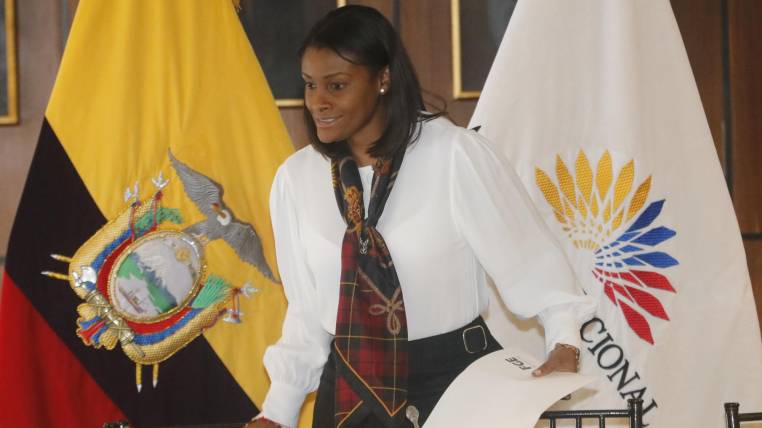 Diana Salazar: “Bribery with invoice is what we have found”

On the second day of the reinstatement of the preparatory trial hearing for the Bribes 2012-2016 case, the Prosecutor’s Office reached to present 231 of the 587 elements that will serve to underpin the accusation for the alleged crime of bribery against 24 people.

Of these, 22 with Correa at the head, its close circle of officials and shareholders or legal representatives of companies were designated as alleged perpetrators of the wrongdoing and two were indicated as alleged accomplices.

Bribery is a crime that is typified in the Comprehensive Organic Criminal Code (COIP) in article 280.

He is punished with up to seven years in jail and includes not only public servants but also people who offer bribes. It is judged in absence and is imprescriptible.

On Monday, the Salazar prosecutor detailed the companies, the cash contributions and the crossing of invoices and the contracts received.

Yesterday, on the other hand, he advanced with the presentation of the elements, which will become evidence in case of a trial, detailing the names of the officials responsible for granting the contracts, the modalities, the amounts, the beneficiaries and the details.

The prosecutor’s exposition kept the lawyers focused and pointing out all the details. Although there were three breaks it was a long day full of figures.

The prosecutor insisted on referring to a ‘criminal structure’ when talking about Correa, his neighbors and the businessmen who would have been part of the network. It was an organization with identified roles, with leaders, with level of command in the group. The provisions should be complied with by those who were appointed coordinators.

Salazar said that with the elements of conviction collected, the existence of a criminal structure consisting of public officials and businessmen was built, which was aimed at delivering money in exchange for being benefited by contracts.

It is generally known that the bribe does not give an invoice but in this case, initially baptized as Green Rice, “it has been possible to show that the bribes have been delivered through the issuance of invoices,” said the prosecutor.

He explained that to pay for parties, birthdays, billboards, photos, analysis, surveys or to schedule in digital media whose beneficiaries were public servants, payments for those services came out of the resources of the entrepreneurs.

He insisted that citizens know that “bribery with invoice, that’s what we found.”

The definition of bribery, leaving aside the illicit association and influence peddling, aims to prevent cases from being impunity and that if the suspects are fugitives they can be tried in absentia and the cause does not prescribe.

The Ministry of Public Works, directed at the time by María de los Ángeles Duarte and Wálter Solís, and Senagua, the companies related to the strategic sectors, Petroecuador, Celec and others, would have been the axes of the alleged anomalies.

The contracts read by the prosecutor refer to rehabilitations, extensions, resurfacing, road maintenance in provinces such as Esmeraldas, Chimborazo, Azuay, Tungurahua, Loja, Cañar, El Oro, Manabi, Guayas, among others. They would have been made, in some cases, with an invitation letter and with complementary contracts that exceeded the main ones, as revealed by the prosecutor.

The hearing that will follow on Friday has no end date. After the intervention of the prosecutor, it is up to the prosecutor to present the attorney general Íñigo Salvador.