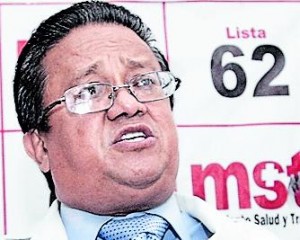 The movement Salud y Trabajo, led by Luis Serrano, said they will present tomorrow a request for revocation of injunction against Juan Carlos Cassinelli, Nicolas Issa and Christian Viteri, Assembly members from PAIS movement of the 3rd district in the province of Guayas.

Serrano said that lawmakers did not submit draft laws for the specific benefit of the inhabitants of the district for which they were elected. In addition, he said, they would not have met the standards promised in the plan.

Once formalized the request for revocation of office before the Electoral Delegation of Guayas, the request should be sent to Quito and go through the approval of the plenary of the National Electoral Council.

Guayaquil Chamber of Commerce criticizes the implementation of safeguards