On the night of this July 19, 2021, Santiago Guarderas, the new mayor of Quito, signed the subrogation resolution before a notary in the Metropolitan Council. 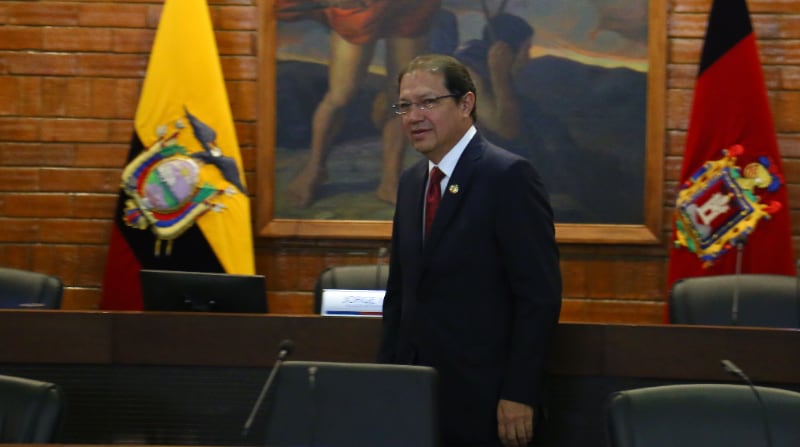 Santiago Guarderas is the new mayor of Quito this July 19, 2021, after the removal of Jorge Yunda.

“As established by law, I will proceed to sign the resolution by means of which, in exercise of constitutional and legal powers, I assume the position of mayor of Quito,” Guarderas said.

With this, Guarderas assumes the Mayor’s Office of Quito after Judge Grimanesa Erazo decided to  revoke  the  precautionary measures  in favor of  Jorge Yunda.

After the decision of the judge, the councilors met in the Municipality where Guarderas signed the resolution of the subrogation and also the request for keys to the Central Bank, already as the authority of the Capital City Council.

The session was mainly attended by councilors from the opposition bloc to Yunda, who with applause celebrated the new Mayor of the city.