“I have just resumed the Mayor’s Office of Quito, because the courts have so determined.” Thus began his intervention Santiago Guarderas on the afternoon of this September 30, 2021, after returning to occupy the position of Burgomaster. 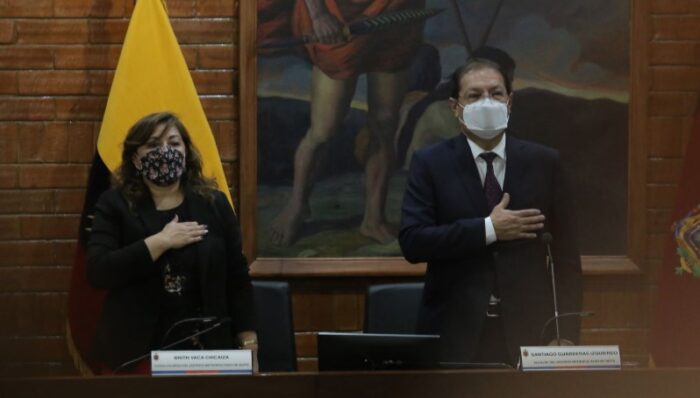 Santiago Guarderas resumed the Mayor’s Office of Quito on September 30, 2021, in a session in the Metropolitan Council.

Guarderas said that in the time that he has left in the Mayor’s Office he will “rescue” the city of Quito that “was kidnapped for two years” for personal interests.

In his speech he said that they will take up citizen demands and invited the councilors to work in favor of the people of Quito, leaving aside political and partisan flags, he said.

As part of his first functions, he said that in the next session of the Metropolitan Council he will put a proposed government plan for Quito for the consideration of the councilors.

“One of the first actions is to put the house in order,” he said. For this reason, he said that the Cabildo will be joined by “trained and honest” professionals to occupy the different positions in the Municipality.

Said officials will come out of a Code of Ethics that was issued this Thursday, as he assured.

The new Mayor of Quito also referred to the Quito Metro. Under his administration, he said that he will seek that this iconic means of transport begins to work.

“To work with passion, dedication and heart. Long live Quito”, Guarderas concluded in his speech.

UN calls for the release of Steven Donziger, the lawyer who won the case against Chevron in Ecuador