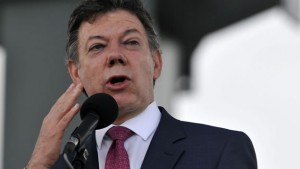 The President of Colombia, Juan Manuel Santos, would be willing to talk with opponents of his government, including his predecessor Alvaro Uribe (2002-2010), on the peace process held since 2012 in Cuba with FARC said the chief negotiator, Humberto de la Calle.

De la Calle confirmed that the President “has expressed his willingness to talk with former President Uribe on the characteristics and the course of the talks in the Havana.” In addition, the head of the government team said both Santos and Ordóñez, who has criticized the decisions the government has taken in the dialogue with the Revolutionary Armed Forces of Colombia (FARC), have agreed to “continue this process of mutual information “in which they agreed on several points.

Is important to add that although in recent months the head of the Colombian State has insisted on peace talks with representatives of all political parties, members of the radical right party Democratic Centre, led by the now Senator Uribe, has refused to do so .