Schumacher awakens from a coma and is carried to Switzerland 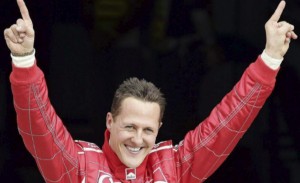 Former Formula 1 German pilot Michael Schumacher “is no longer in a coma” and left the hospital in the city of Grenoble, eastern France, where he was hospitalized from last December 29 after a serious skiing accident, announced in a statement the family spokesman.

“His family wishes to expressly thank the doctors, nurses and  the hospital administration of Grenoble”, said the statement which also expressed appreciation to the rescuers who were involved in the accident.

The family and the Grenoble hospital did not provide a press conference.

“We ask everyone, please, that in the future respect the fact that this long phase of rehabilitation will be carried out in the private framework,” the statement concluded.

After discharge, Schumacher was admitted this Monday in the University Hospital of Vaud (CHUV) in Lausanne, close to his home in Switzerland, announced the establishment.