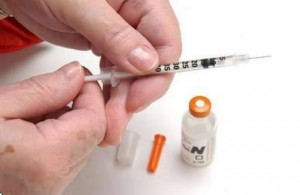 A group of U.S. scientists cloned insulin-producing cells through the DNA of a diabetic woman, which could be a potential breakthrough in the treatment of type 1 diabetes, according to the website of the journal Nature.

The process was based on the same used for animal cloning, where scientists took skin cells from the patient and placed them in donated eggs, which formed embryos, then, the stem cells were removed, these can become into any cell of the body.

Dieter Egli, a specialist who led the research said: ‘The new scientific work is a step in the way for the provision of genetically compatible replacement cells for transplantation.´

Scientists discover how the Egyptians built the pyramids