Scientists discover how the Egyptians built the pyramids 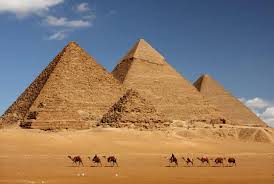 They were built for thousands of years, when there were no bulldozers and cranes. But are still marveling at the world – and science – for the enormous effort and ingenuity employed in its construction.

According to experts at physics of the Foundation for Fundamental Research on Matter (FOM) and the University of Amsterdam, to facilitate the pulling of heavy sleds across the desert, the Egyptians wet the sand facing the sled.

By using the proper amount of water, say scientists, they could reduce by half the number of workers needed to drag sleds.

In the laborartorio, they created a version of the Egyptian sleigh on a surface of sand. There was determined the required strength and firmness of the arena according to the amount of water present in the arena. To measure the firmness they used a rheometer, explain the scientists in a statement, which is an instrument of laboratory used to observe how flows a liquid or mixture under the action of external forces.

So they saw that the force needed to move the sled decreased in proportion to the strength of the sand. The reason is that when you add water to the sand, arise the so-called capillary bridges, small water droplets that attach to the grains together.

According to scientists, Egyptian builders knew this useful trick, and as proof, they point out one of the painting of the walls of the tomb of Djehutihotep, head of one of the regions of the high Egypt during the reigns of Amenemhat II, Senusret II and Senusret III (1914-1852 BC) showing clearly to someone on the front of the sleigh by throwing water on the sand.

Positive change for Immigrants in Florida