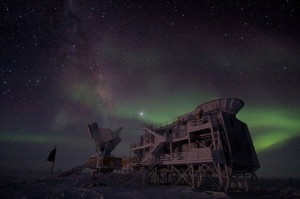 This new discovery could confirm the theory of inflation, in which the universe expanded after the Big Bang

U.S. scientists have found a new evidence that supports the Big Bang theory , it is a signal in the form of a distinctive curve of light which the expansion left in space fractions of a second after it all started to happen.

“I’ve seen the research , the arguments are persuasive , and the scientists involved are among the most careful and conservative people I know ,” said Marc Kamionkowski , a researcher at Johns Hopkins University to the BBC chain.

This discovery was released by a group of scientists currently working in the project BICEP2 (Background Imaging of Cosmic Extragalactic Polarization), with the aid of a telescope located at the South Pole .

The objective of the research was to find a sign that there was a cosmic inflation , ie that the universe experienced exponential growth spurt in the first trillionth of a second .

Too much protein increases Cancer risk

Apple launches to market the iPad 4