Secom does not respond about contract with Mcsquared PR 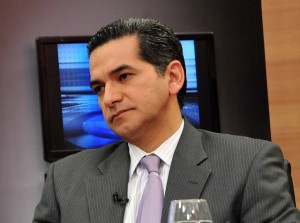 The Secretary of Communication of the Presidency, Fernando Alvarado Espinel, would have responded saying: “I do not answer to corrupt journalists”, to “El Universo” newspaper, when it requested via email, an interview to know further details on the contract signed with the communication company Mcsquared PR, said the Ecuadorian newspaper.

On Tuesday, Nathalie Cely Suárez, Ambassador of Ecuador in the United States, claimed to have signed a contract with the company in compliance of a request made by a delegation from the Presidency of the Republic.

“The Embassy is not the responsible for it, the contract is very clear in pointing out who the administrator is, the products it had to generate, the forms of payment and I can not comment on that”, she said.

The government appointed Fernando Alvarado Espinel as the administrator or delegate of the contract, according to the document.

The veto for the Water Law will be discussed tomorrow