After the president of the Chamber of Commerce of Quito, Blasco Penaherrera, disseminated surveys via his Twitter account, after the deadline stipulated in the Code of Democracy, thereby causing president Rafael Correa to make ​​statements on the matter and branded him as “fascist,” Penaherrera claims his right to reply against such statements.

Meanwhile , the director of the Ministry of Communication (SECOM), Fernando Alvarado did not find arguments to give that space to reply. “(… ) The Secom did not find on the intervention of the president, any untruthful phrase or expression that needs to be rectified (…) Penaherrera with his verbal violence, expressed in the social network, can not understand that President Correa has every right to comment on any aspect or issue of national and international life,” he said.

Alvarado also said the Electoral Council should sue the employer for the “reckless dissemination of surveys that may have influenced the mood and decision of the voters.” 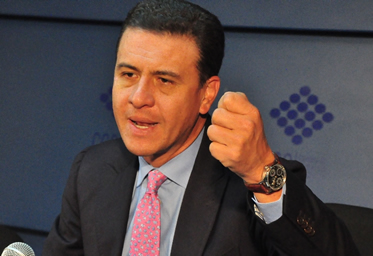 This Wednesday starts the registration of cell phones brought from abroad