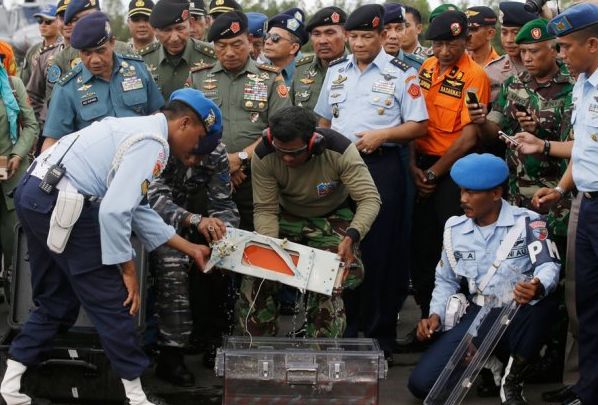 Indonesian rescue teams recovered on Tuesday the second black box from the AirAsia plane that crashed two weeks ago in the Java Sea with 162 people aboard, local media reported.

The device, which contains the recording of communications between the cockpit and the control tower was located a few meters from where the first black box was located on Sunday, according to the Indonesian Metro TV channel.

The second black box has been placed on aboard a ship of the Indonesian Marine, about to be tranferred to Jakarta, where it will be analyzed by experts.

The flight log, which will provide among other data the altitude, speed and weight, and communications of the pilots, will allow to clarify what happened to the plane of the low-cost carrier AirAsia.

Both devices, orange, were detected on Sunday into the sea, at a depth of between 30 and 32 meters, but could not be removed because they were trapped in the wreckage of the plane.