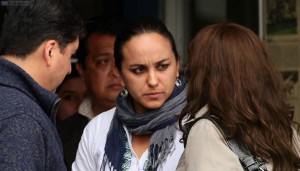 The President of the National Assembly, Gabriela Rivadeneira, yesterday suspended the session for the second debate of the project that proposes to transfer the administration of 54 closed pension funds to the Bank of the Ecuadorian Institute of Social Security (Biess for its spanish acronym).

The PAIS Assembly members indicated that they had decided to suspend the debate because the contents would require further analysis.

Since Wednesday, it has been discussed the possibility of including a clause in one of the articles of the reform to regulate apart from the 54 funds that have received state resources, ten others because they either could be devoted to social security under the constitutional argument that this activity is unique to the state.

With this change, even if proven that the Teacher´s Staff Fund does not have state resources, it will still go into the regulation of this project.

According to opposition members, the debate was postponed because there also exists contradictions in the text and there is disagreement within the ruling bloc.