A second former Seguros Sucre SA official was accused of having received bribes within the alleged scheme related to the intermediary JLT Re Colombia that is being investigated in the United States, according to the confession of the Ecuadorian José Vicente Gómez Avilés, who confirmed that the amount of the bribes reached $ 10.8 million. 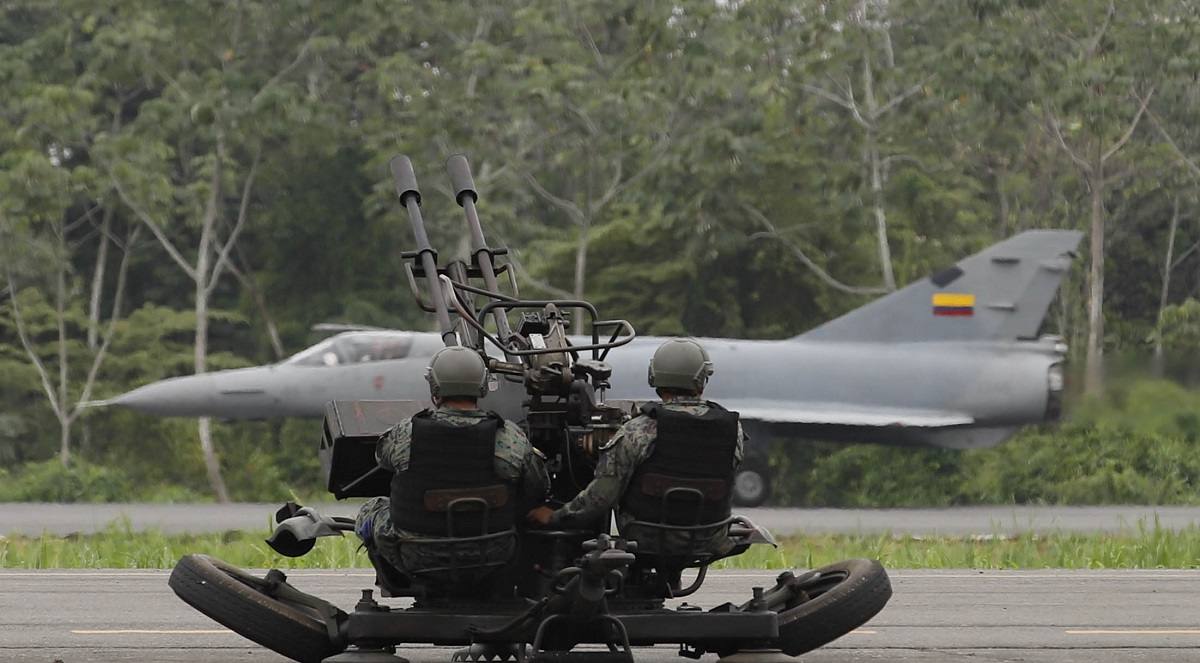 According to Gómez’s confession, this person, whose identity has not been revealed by prosecutors, was part of the scheme along with Juan Ribas Domenech (also indicated by Gómez), who was then president of Seguros Sucre, a company that had the monopoly to insure all the great assets of the Ecuadorian State, by order of the government of Rafael Correa.

The confession of Gómez Avilés, a 42-year-old from Guayaquil, confirmed what was admitted by the former head of JLT Re Colombia Felipe Moncaleano Botero, as well as the operation of the scheme that US prosecutors are investigating and that occurred between approximately 2014 and 2017. In a Miami court, since last February, prosecutors presented an accusation against Ribas, Gómez, Moncaleano and Roberto Heinert for participating in these illegal acts and laundering money in that country. Neither Ribas nor Heinert have pleaded guilty.

“Specifically, between 2014 and 2017, the defendant and Heinert received approximately $ 10.8 million in payment of commissions from the insurance broker on the businesses obtained corruptly by it with Seguros Sucre,” Gómez assured in his confession. Moncaleano was the principal of JLT Re Colombia, a subsidiary of the British JLT Specialty Ltd., with which Seguros Sucre reinsured policies between 2014 and 2018. In addition to Sucre’s second official, a financial advisor is considered an accomplice in these operations, but neither his identity has been revealed.

Documents signed by Gómez and Moncaleano revealed details about the payment and the route that a portion of the $ 10.8 million followed. They assured that at least $ 6.5 million was transferred to several Swiss accounts from a company owned by Gómez and Heinert, and of that amount, $ 3.1 million went to the United States to accounts of Ribas and his relatives, they were invested in a fund in the Cayman Islands in the name of Ribas or delivered in cash.

This total, as confessed by Gómez, includes a refund that Gómez and Heinert canceled to Moncaleano, for $ 200,000, which in fact corresponded to a bribe that Moncaleano had paid directly to the second official of Seguros Sucre.

“El amigo” was the code used by Gómez to refer to Ribas. He used this nickname in an email sent on December 9, 2014 to the financial advisor in which he ordered him to transfer $ 282,000 to the then president of Seguros Sucre.

EL UNIVERSO contacted Gómez’s lawyer in Miami, but he responded to the email with a single sentence: “unfortunately we cannot give statements at this time.” Last February, Gómez posted a $ 250,000 bond to be released.

“The defendant makes this declaration voluntarily and freely and because in reality he is guilty of the crime that is imputed to him”, ends the document signed by Gómez Avilés, his lawyer and the US prosecutors. In the preceding sentences, it is clear that the confession “does not include all the facts known to the accused, related to the illegal activity in which he was involved together with other people.”

If the alleged bribery scheme is proven before the Florida court, the fate of more than $ 7.5 million in bribes that JLT Re Colombia claims to have paid for obtaining the Seguros Sucre contracts, related to the Ministry’s policies, is still to be known. Defense and the electricity sector. Ribas’ trial hearing will begin on October 26 and is expected to last five days.

This case has revealed only a small part of the insurance business that was handled during the government of Rafael Correa, the office from where public sector insurance was handled was in Carondelet in the office of the then Secretary of the Administration, Vinicio Alvarado (now fugitive) , said former Assemblyman Galo Lara, who made complaints about it since 2012.

The US will only investigate money laundering in that country, if the Ecuadorian Prosecutor’s Office does not open an investigation and request criminal assistance from other countries, we will never know what happened to the rest of the money, he said.

A lawyer and former manager of an insurance company also considered that these disclosures are serious and should be investigated. The former executive, who asked to keep his name in reserve, explained to EL UNIVERSO that in the case of Seguros Sucre, the commissions paid by the reinsurer’s intermediary to retain contracts came from the same policies that Sucre issued to public institutions, that is, , of what it invoiced to the Ecuadorian State.

According to an analysis carried out by this newspaper, between 2014 and 2017 the state insurer issued policies for $ 918 million, of which it reinsured $ 599 million abroad, that is, 65%. The annual average number of reinsurers that worked with Seguros Sucre was 37 national and foreign companies per year. (I)