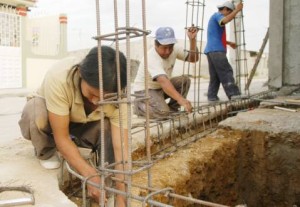 Productive sectors will deliver to the government the new lists of certain products they believe should not be affected by the safeguard applied by Ecuador since last March 11 to 2,800 subheadings of imported products (32% of the total).

Luis Alberto Salvador, Vice President of the Chamber of Industries of Guayaquil, explained that a list is being prepared in these days with the help of their partners, which will be delivered to the Ministry of Foreign Trade, with technical arguments required to ask for tariff reductions.

A review is also sought in the construction sector. Hermel Flores, President of the Chamber of Construction Industries, said that lime, for example, which has an affectation of 45% should be reviewed; as well as the formworks (aluminum plates and plastic), bolts, pipes, among others. For the builder, tariff measures do affect the cost of housing.

On March 17, the Supercom spokesman, Stephano Yannunzzelli, in a press conference confirmed that the safeguard measure, as the Minister of Foreign Trade, Diego Aulestia had commented, “could be reviewed and certain tariff items could even be discussed.” He also noted that “inany case the Minister mentioned that international law will be restructured in its entire design.” The mention was made because, according to Secom, some print media have interpreted Aulestia´s statements in “a wrong way.”

Prosecutor Chiriboga starts the process to extradite Delgado and Duzac

Delegation of Chile is in Quito to discuss safeguards