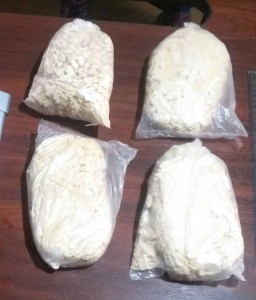 Narcotics Police detected in La Mana county, Cotopaxi, after a telephone warning, a citizen who brought with him 2.1 kilos of cocaine, divided into four packages. According to a statement of the Interior Ministry, citizen A.M.U. was on his way to to Quevedo, Los Rios.

He stressed they managed to take out of the market about 12 thousand doses of drug. “Cash money within Ecuador represents about $ 4,000, while the European market is more than $ 30,000,” he said.

Ecuadorian cocoa was awarded in Paris