SENAE announced a total of $ 28 million apprehensions for smuggling 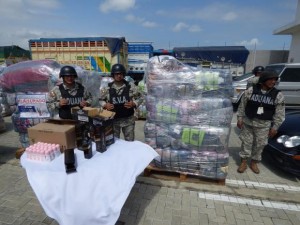 The National Customs Service (Senae) announced that until November a total of $ 28 million was reached in seizures of merchandise that entered the country illegally. Furthermore, so far this year, the agency recorded $ 3,650 million in revenues.

Xavier Cárdenas, General Director of Senae, said they have executed various projects, both to optimize controls, as to facilitate foreign trade. The authority said these are precisely reflected in the figures.

The largest item in apprehensions are found in textiles, with 38%. They are followed by appliances and liquors.