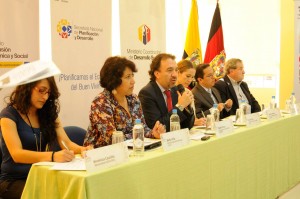 At a press conference, the head of the National Secretariat for Planning and Development (SENPLADES for its Spanish acronym) Pablo Munoz, said that the debate is open to talk with those who think differently.

SENPLADES is in charge of implementing these debates about “the country we want” and the Inheritanc and Capital Gains bills temporarily withdrawn from the Assembly.

Next September, a first assessment of these “dialogues” will be performed. Between 25 and 30 meetings that will be in charge of the six sectors of ministerial coordination of the Executive are envisaged, and each one will hold an average of four meetings.