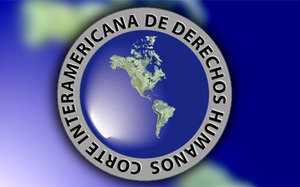 With concern for the stance adopted by the United States and Ecuador during the public hearings, the Inter-American Commission on human rights (IACHR) ended its session 149°, while acknowledging its satisfaction for the work done by the United Nations.

Jesús Jose Orozco, President of the Commission, yesterday reiterated the concern of the Commissioners by the absence of Ecuador in the hearings that it had been summoned and the “limited participation” of the United States.

“For the Commission, hearings are a priority area of dialogue with States and civil society,” said Orozco.

In its defense, United States said that because of the partial closure o the administration suffered during the first half of October, representatives of the country had not been able to prepare well their interventions, and they accepted their right to reply in writing to requests.

“The Inter-American Commission values and highlights this human joint work of the regional system and the international system of rights for the purpose of better protecting and promoting the observance of human rights in the region,” said Orozco.

Correa dismisses the possibility to return to the sucre, but favors the use of a regional currency