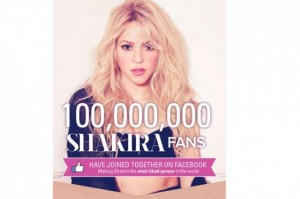 The singer Shakira has become the queen of social networking at conquer this week’s 100 million followers on Facebook.

The artist from Barraquilla has become the first person to achieve this record and wanted to thank the support received a message putting in her own profile.

“I have reached 100 million friends on Facebook, and it’s something amazing. Thank you for your support, your loyalty, your love.Is really amazing, thank you very much,” says the singer in a home video and improvised, that she itself recorded in English and Spanish.

Besides his fans, the couple of the soccer player Gerard Pique, was congratulated by the official Twitter of the Record Guinness, who celebrated the feat.

Peru and Mexico sign agreement of cooperation against organized crime