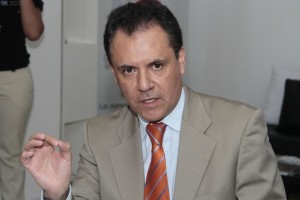 The Superintendent of Information, Carlos Ochoa, announced that the reforms to the Communications Law his institution will request to the Assembly will established the diffusion of a percentage of “unpublished music” in certain media.

“One of the reforms that I want to propose to the law is that 100% of national music that is being broadcast on radio and television, at least a 10, 15, 20% of that music has to be unreleased,” he reported on September 9 during a meeting with composers, interpreters and music producers.

Ochoa explained that the measure seeks to ensure a space in the media to “whom are getting started” in the industry.

This refers to Article 103 of the Communications Law, which states that at least 50% of the musical content on the radio shall be produced, made or executed in Ecuador.