Decreasing donations and increasing stray cats and dogs are some of the difficulties animal rescue shelters have faced since the health emergency began. Although they continue to function , they increasingly have obstacles to obtaining the food and medicine needed by the 200 or 300 animals that depend on each foundation. 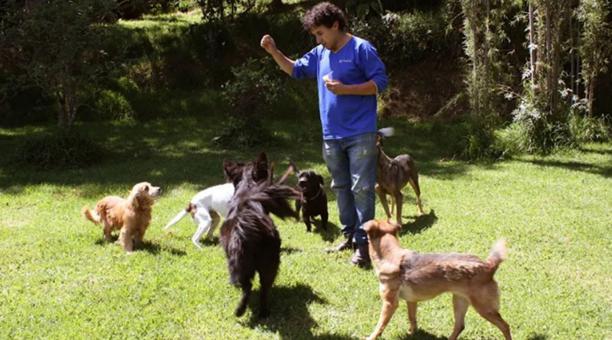 Andrea Torres, president of Aúlla Ecuador, says that this organization cares for 148 dogs and cats that are distributed in her shelter and in temporary homes . Since the emergency began , she began to notice that the volunteers and food stopped arriving .

“It is difficult to have reservations because we live daily,” he says. In addition to this, mobility restrictions and lack of transportation have prevented him from moving to collect donations.

Aúlla’s staff feed 90 other dogs , already sterilized, living on the street . According to Torres, the number of strays has increased these days. It can be associated with people having financial difficulties and deciding to get rid of their pets.

“We are alarmed by the increase in the abandonment of animals, ” says América Freire, founder of Patitas Callejeras. This has been evidenced above all in Chillogallo, Quitumbe, Calderón and in the People’s Committee.

To face the problem , Patitas Callejeras spreads on its social networks the message that dogs and cats do not transmit covid-19, something that has also been spread by the World Health Organization . This foundation maintains 200 animals in a sanctuary and another 150 in temporary homes .

For now there are no sterilizations.

Both agree that the limitations to go to an emergency or make a rescue are another problem . Mobility restrictions due to curfew and the small number of veterinarians complicate care.

“ We cannot continue supporting at the same rate as before,” says the President of Aúlla . She asks the authorities to grant a safe-conduct pass to those who work in these foundations since the work of surveillance and control of urban fauna is also a health issue.

Ecuadorean Animal Protection (PAE) implemented mechanisms for care. The foundation offers a low cost service of veterinary teleconsultation and attends emergencies by appointment from 7:00 to 12:00.

Santiago Prado , veterinarian and member of Urbaninal , explains that the two municipal centers continue to attend emergencies at authorized hours. In addition, brigades have been created to feed the dogs that live in parks and terminals such as the one in Quitumbe.