Shrimp, banana and tuna ask for respect for conditions with Mexico

The productive sectors say that they will meet with the Government to learn the details of the technical closure of the agreement with Mexico. 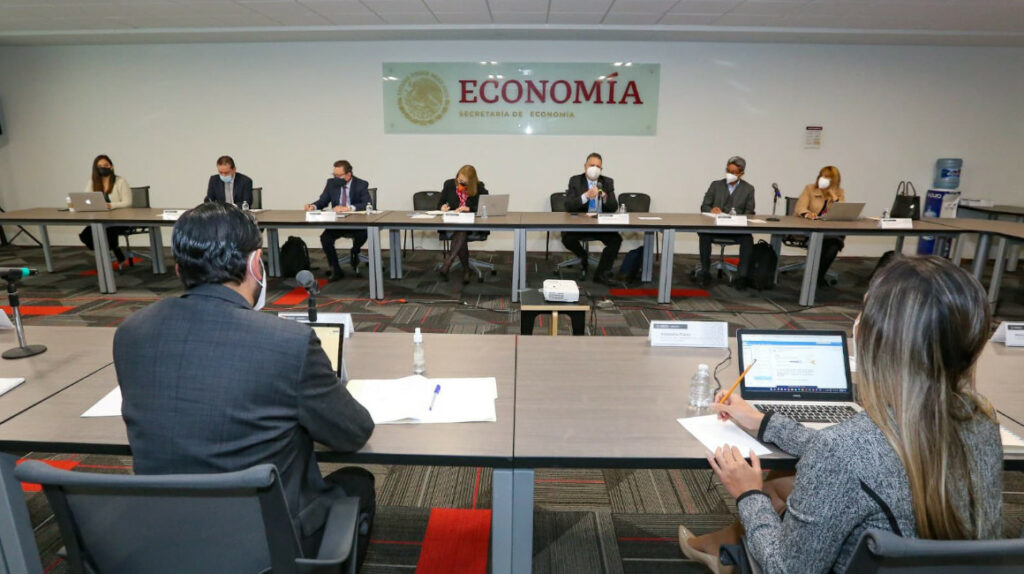 Technical teams of the trade agreement between Ecuador and Mexico, in January 2022.

The Government assures that the technical negotiation of the trade agreement with Mexico has ended, after almost four years, and now only a political definition is missing.

That after, three weeks ago, the president of Mexico, Andrés López Obrador, said that there were disagreements about the access of tuna, bananas and shrimp. They are three-star products from Ecuador.

But President Guillemo Lasso assured that “it was resolved (the tuna) and the banana”, on October 12

Regarding these advances, the Ministry of Production added that Ecuadorian tuna “already has negotiated access, that issue has already been resolved. The only thing left pending is the definition of the rule of origin on the technical level”.

In the case of bananas from Ecuador, the State Portfolio explained that “there would be a political understanding that should be transferred to the technical table.”

Now the big pending “knot” is shrimp , Ecuador’s main non-oil export product. To untie it, Lasso says that he maintains permanent conversations with his Mexican counterpart and asks the Ecuadorian shrimp exporters for some flexibility.

“Any concession from you with Mexico is momentary. When we enter the Pacific Alliance it is absolute freedom, they can freely enter Mexico, ”he said.

The agreement with Mexico is a requirement that Ecuador must meet to be a full member of the Pacific Alliance.

The National Chamber of Aquaculture (CNA) reacted to President Lasso’s statements and maintained that signing an agreement without including shrimp would be a mistake .

That is because other countries with which treaties are negotiated, such as China , could ask for the exclusion of shrimp.

Between January and July 2022, 52% of shrimp export earnings or what is equal to USD 2,361 million came from China.

The shrimp sector is interested in exporting to Mexico with preferential conditions, such as the elimination of the 9% tariff that is now in force for the Ecuadorian crustacean.

Although Ecuador does not currently export shrimp to Mexico, preferential access would allow the development of new product lines in a market of 120 million people, the CNA has stated.

José Hidalgo, director of the Development Studies Corporation (Cordes), questions Lasso’s assertion about freedom for shrimp once the country is a full member of the Pacific Alliance.

“If Ecuador’s entry into the Alliance means that everything is free, there would be no logic in the negotiations with Mexico,” said Hidalgo, during the presentation of the study Importance of Trade Agreements for Latin America.

Conditions of the productive sector

Although the Government speaks of the technical closure of the agreement, the representatives of the banana and tuna sectors say they do not know how it was done.

“The Vice Minister (of Foreign Trade) Daniel Legarda has told us that the red lines for us have been withdrawn. We have not seen the text, “says Bruno Leone, president of the National Chamber of Fisheries (CNP).

One of the red lines that Leone refers to is respect for the flexible rules of origin for the Ecuadorian fishing sector.

The rules, which are in the Partial Agreement 029 signed with Mexico, allow Ecuador to process its own fishing and that of other countries and export it.

Another red line is Mexico’s request for an attached document detailing certain fishing information, which Ecuador considers sensitive, and which is available at the Inter-American Tropical Tuna Commission.

The banana sector also says that it does not know the conditions under which the agreement was closed. To know the details, their representatives hope to have a meeting with the Government, the week of October 17 to 21.

Like the fishing sector, the banana sector asks that the proposals it has made for the access of the fruit be respected. These include the entry of bananas during times of lower production in Mexico and the reduction of the 12% tariff within a period of 10 years.

On October 12, Lasso said that the country is very close to finalizing the agreement with Mexico.

“Politically, when it’s my turn, I call Andrés Manuel López Obrador, on a Saturday, a Sunday,” said the President.

Even if Ecuador signs the agreement, the entry into force of the document will not be so easy.

This is because the treaty must overcome a political obstacle. This is its approval in the National Assembly, in which the Government does not have a majority, explains Hidalgo.

The power struggle between the Legislative and the Executive has meant the denial and shelving of the investment attraction bill and almost the dismissal of President Lasso.

A denial of the trade agreement by the Assembly could set a precedent that discourages other countries from continuing or starting negotiations with Ecuador, adds Hidalgo.

Another institution in Ecuador that must ratify the treaty with Mexico is the Constitutional Court.