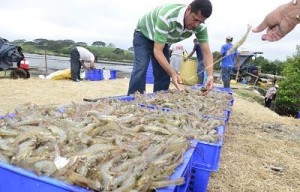 According to figures from the Central Bank of Ecuador on the economic growth in the second quarter, much more optimistic results are shown for agriculture and shrimp farming than for fishing.

Not only because shrimp grows at a crazy pace, but because fish catches have plummeted between April and June.

The report on the changes in GDP show figure of s -4.4% contraction of fishing activities in Ecuador, versus the prior quarter. And that, even though in the first three months the sector produced a 4.1% more compared to the last three months of 2014. This setback in economic growth is a symptom of the situation that has led Ecuador to decrease for two consecutive periods (-0.1% and 0.5% GDP, in the first and second quarters of 2015).

And as a symptom, causes are: the appreciation of the dollar, falling price of raw materials and a declining international trade. Everything is related, according to César Rohon, president of the National Chamber of Fisheries.

The Inter American Press brands the national government as ‘fascist’