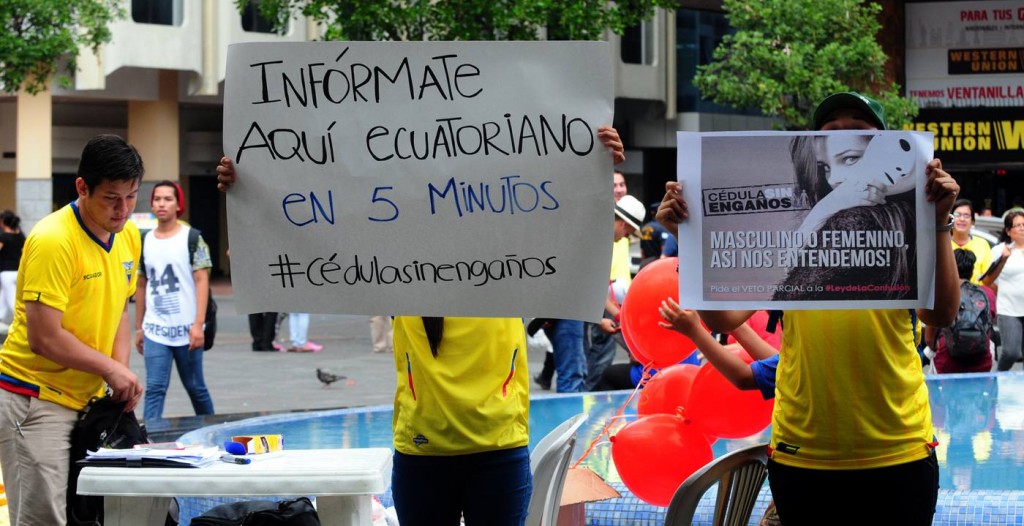 Showing signs, giving away stickers with the motto ‘ID card without deceit’ and handing out leaflets, about 80 people, mostly young people, collected last Saturday signatures from passersby in downtown Guayaquil to request President Rafael Correa to veto the Organic Law of the National Identity Management Service.

Emilio Herrero, national coordinator of the United Families Network Movement, promoter of the initiative, said they are arranging an audience with Correa before Thursday 14, the deadline (30 days) for him to veto or approve the standard.

Meanwhile, the delivery of 50 thousand signatures this morning in Plaza de la Independencia was announced through a social network.

The activist explained that his goal is to eliminate the word gender in Sections 1 and 94 of the standard. They also request that the fourth paragraph of the latter section concerning the replacement of the “sex” field by “gender” is removed in identity documents.