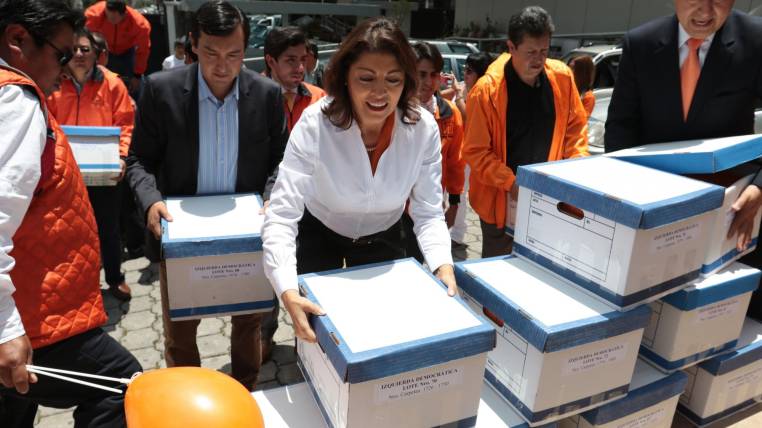 Seeking an answer to the almost null gestation of local political groups, leaders of some of these groups already recognized by the CNE agreed that the collection of signatures is a very complicated task. Luis Serrano, director of the Health and Work movement with jurisdiction in the province of Guayas, questions that the national political organizations monopolize a large percentage of this pie of rubrics leaving the leftovers to other smaller groups. “The Code of Democracy is rigid in that. We lost thousands of signatures of citizens who gave us their support and who were affiliated with other political organizations, “he says.

Serrano agrees with Paúl Rodríguez, director in the La Libertad canton of the Renaissance Peninsular movement with jurisdiction in Santa Elena. The leader says that a constant during the registration was to meet people interested in signing for their organization, but they could not because of their adherence or affiliation to a national organization.

But the signatures are not an obstacle only for the local movements, but also for the national ones. The National Democratic Center movement, which was born as a provincial and migrated to national, also had the same problem. “Sometimes the signatures are rejected and you have to go back to the neighborhoods to continue collecting 20 signatures to validate 1, because the voter registry is almost taken because at some point a citizen signed for a political project and is registered,” says Jorge Velez , director of the movement in Guayaquil.

According to data from the CNE, only the 17 national movements and political parties currently registered add up to just over 3.8 million valid signatures, not to mention those that support the creation of local organizations.

That’s why one thing is to arrive and another to stay. Organizations have achieved this based on not neglecting closeness with citizens. They do it with social projects, medical brigades and others, the three leaders count. This is the complement of the political decisions that must be made when an electoral process is approaching.

Salud y Trabajo hopes to finalize one with the CREO movement. Renacer Peninsular already has two fixed tables: César Pinoargote for the Mayor’s Office of Salinas and Paúl Rodríguez for the one in La Libertad. While Centro Democrático continues to promote the nomination of Jimmy Jairala for the Mayor of Guayaquil.

Six months before the elections, the National Electoral Council presents the list of political organizations qualified for the electoral process.

Local organizations, alone without an alliance, won 494 candidatures in the 2014 elections. Currently there are 147 recognized local groups.

Local movements do not have access to the Permanent Support Fund to which they do have national organizations that meet the requirements of the law. (I)